A bit bigger than anything Asian: the first man-made object (Voyager 1) to ever reach the edge of the solar system and (perhaps soon) enter interstellar space. Not quite as dramatic as "a small step for [a] man" but still an important and notable accomplishment. 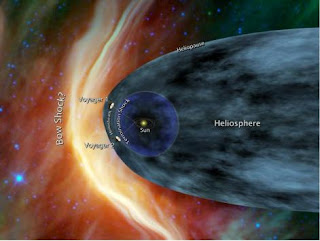 "A pundit embed in the Northeast Corridor"

8:35 AM: I get to Union Station to find much of it being renovated. There are cranes and construction equipment everywhere! What is [t]his, Shanghai?! Of course, in the Far East, they're just building new things, whereas here in the decaying United States, we're trying to preserve our crumbling monuments to modernity [Oh, that is Pulitzer GOLD, baby!!--ed.]

Good for a few chuckles.
Posted by Kirk at 12:13 PM No comments:

Consumers in the US and Europe have named South Korean brand Samsung their favorite consumer electronics brand. Samsung was favored over other well known consumer electronics (CE) companies including Apple, Sony HP, Nokia, LG, Panasonic, Toshiba and Dell according to an index released by Strategy Analytics on June 6. "Samsung has made a remarkable journey from no-name brand to global leader in less than 15 years," says David Mercer, principal analyst at Strategy Analytics and the report’s author. " 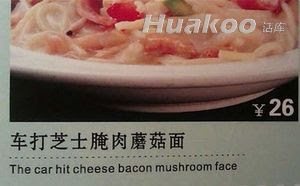 Translating is often difficult.
Posted by Kirk at 7:51 AM No comments:

from the New York Times.

Those that read any real cosmic significance into the numbers probably misunderstand the nature of numbers. Given the limited number of likely possibilities for the Shanghai Stock Exchange numbers, the likelihood of something echoing Tiananmen occurring is probably much higher than most of us would guess.

Still, I can only imagine how exhausting it must be to be a PRC internet censor. Always on the watch for the latest subversive or dangerous idea no matter how outlandish it may be. Always being outpaced by at least a few tech-savvy netizens. Always hoping that the status quo can be maintained no matter the cost. I get tired just thinking about it.
Posted by Kirk at 6:23 AM No comments:

CHINA IN THE NEWS

Growing concern about "left-behind children" (liushou ertong) whose parents migrate to cities to work leaving the children to be raised by grandparents or other relatives.

Nearly 58 million children, almost all in the countryside, are growing up without one – or, often, both – parents, according to state-run media, citing a 2010 survey by the All-China Women’s Federation. Nearly 80 percent are cared for by grandparents, while some are simply left to fend for themselves — 4.2 million, the survey found.

Growing concern about the ongoing disputes over the South China Sea, this time between the PRC and the Philippines.

“We’re just pawns,” said Roberto Romulo, a former foreign secretary of the Philippines who argues that China is flexing its muscles in a bid to gain unimpeded access to vast reserves of natural gas and oil believed to be buried under the South China Sea. “China is testing the United States, that’s all it is. And China is eating America’s lunch in Southeast Asia.” More recently, a senior Chinese military officer even dismissed any legitimate role for the United States in the South China Sea. “The South China issue is not America’s business,” Gen. Ma Xiaotian, the deputy chief of general staff of the People’s Liberation Army, said in an interview broadcast Monday by Phoenix TV in Hong Kong. “It’s between China and its neighbors.”

And Google decides to alert Chinese users when they use a search term that is likely to be blocked in China. Not sure who consequential this will be since most Chinese netizens probably use Baidu anyway.
Posted by Kirk at 7:51 AM No comments: