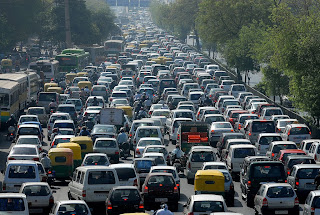 Anyone who has driven regularly on I-95 can attest that folks in many other parts of the country don't have much to complain about when it comes to traffic. But, as always, there is something worse, far worse, out there. In this case, it is the traffic in Delhi, India, which by virtue of being so unmanageable, has given rise to some interesting, individual-based solutions.
Posted by Kirk at 2:32 PM No comments: 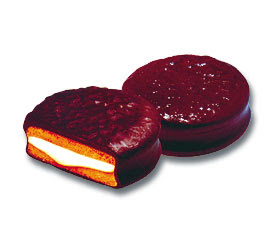 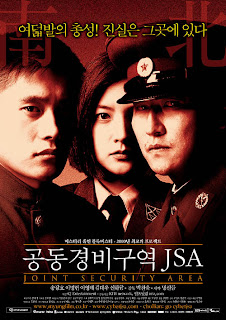 Anyone who has watched the film, Joint Security Area (JSA) will remember the Choco Pie scene. When the ROK soldier Sgt. Lee tries to entice his DPRK counterpart Sgt. Oh south, he dangles the prospect of all the Choco Pies one could eat. Sgt. Oh was in the middle of eating and enjoying a Choco Pie (brought surreptitiously from the South) when the offer was made. He promptly spit the half-eaten pie out and declared that he looked forward to the day when his beloved DPRK would make the world's best Choco Pies. After making this patriotic declaration, he proceeded to put the half-eaten mess back into his mouth and swallow it.

“Choco Pie collectors have popped up [across North Korea],” said an official at the Unification Ministry in Seoul. “In Sinuiju, a northern city near the Chinese border, there is even a retail market.”

Perhaps this tantalizing confection will be more influential than the visits of orchestras or the dropping of propaganda leaflets. Perhaps not.
Posted by Kirk at 11:01 AM No comments: