WHEN IS A BURGER NOT A BURGER?

When it is served in North Korea, of course.

"Minced beef and bread" anyone?
Posted by Kirk at 9:23 AM No comments: 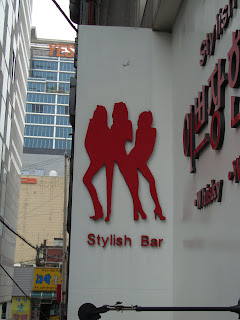 "Confusion text": "I don't think that word means what you think it means."

Years ago I gave a talk at Duke University, the flyers for which advertised the title as "Confusion Imperialism." The sad thing is that the title probably attracted more attention than the intended original "Confucian Imperialism." 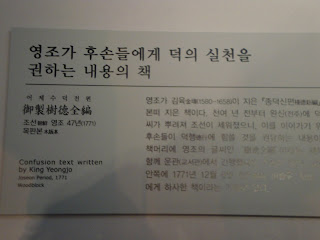 Is Korea's vaunted public order breaking down? Not really. This "graffiti" appears to be more of a college art project (or projects) than a sign of subversive expressions of an oppressed but vibrant underclass. 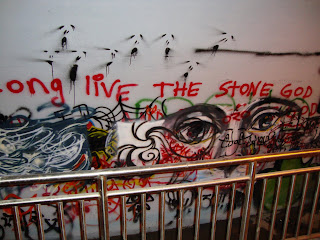 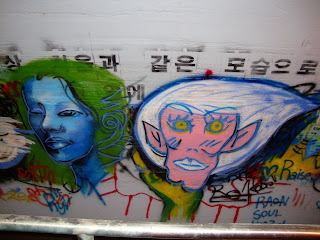 IN SEARCH OF NIRVANA 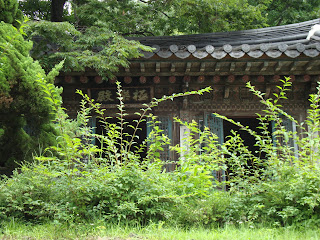 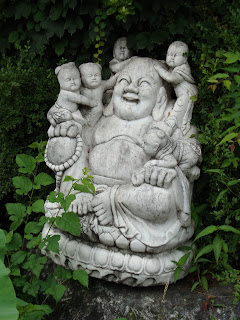 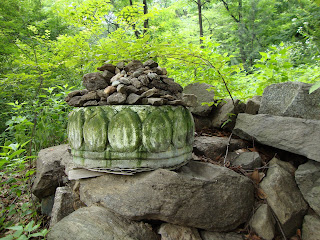 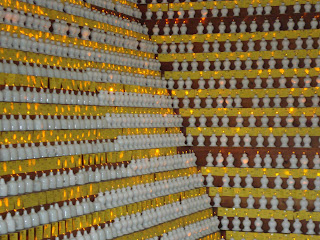 I am spending most of my time in Korea in libraries, archives, and bookstores. But a guy's gotta eat. I decided to chronicle at least some of my meals with my camera. As will become immediately apparent, it is probably good that Kathy and the kids aren't with me. Not sure how much of this stuff they would want to eat. 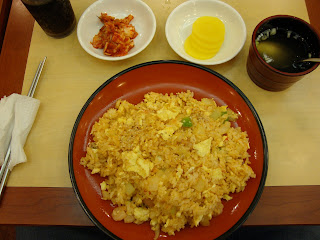 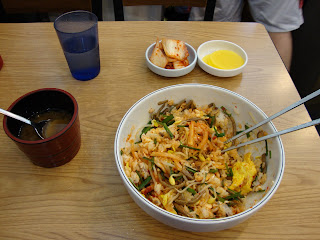 Getting ready for some grilled meat 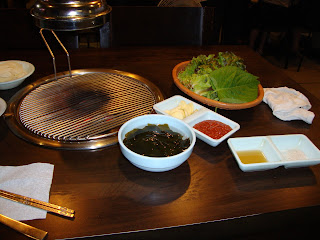 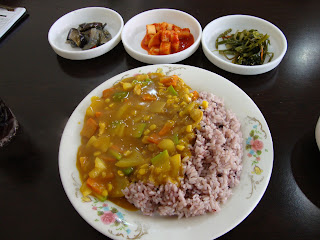 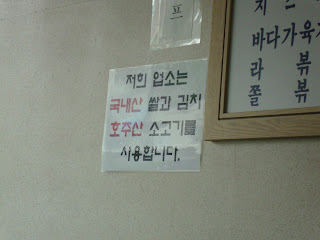 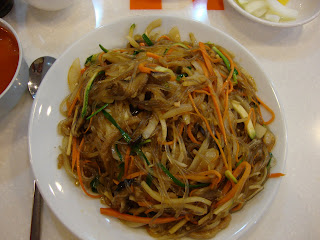 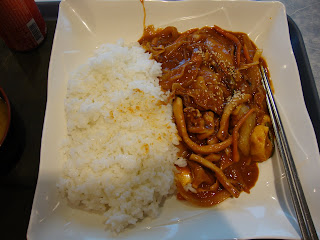 Chinese-style noodles with axle-grease (Chajangmyon). I still can't figure out how Koreans can consume all of the sauce in the bowl with only chopsticks. I think it is in the slurping technique; I'm just not aggressive enough. 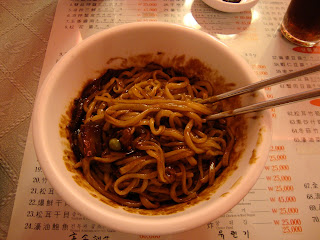 Like its American counterpart, Korean Pepsi has adopted the Obama Hope&Change logo 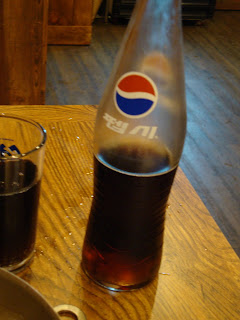 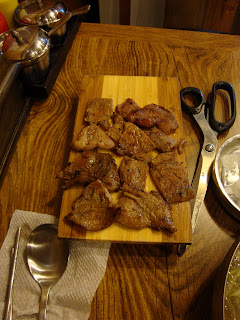 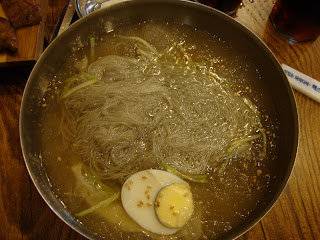 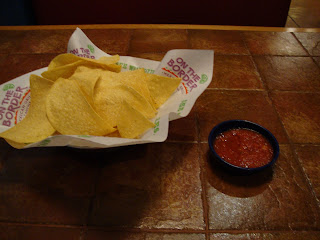 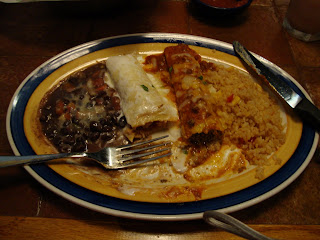