North and South Korea exchange shots across the DMZ.

The clash took place along the demilitarized zone that separates the countries, in remote Gangwon province, northeast of Seoul. No injuries were immediately reported.

One is tempted to dismiss this as simply the latest in a decades-old strong of incidents that never seem to lead to anything more serious.

Of course that is probably what people thought of the cross border encounters and incursions of 1949-50 as well. 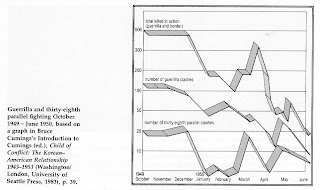 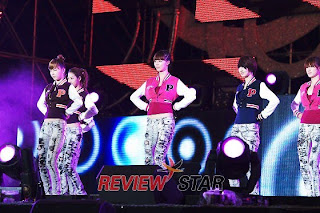 Interesting musings on the various places in which Korean pop culture exports have done well here. Some snippets:

Korean TV programmes have been hugely popular in Iran since the 2003 historical drama Dae Jang Geum (or Jewel in the Palace) became a massive hit with audiences there: ‘When it was broadcast in Iran over 50,000 websites in Persian (Farsi) became devoted to the show.’

According to one writer-reporter I contacted this week: ‘Korea is big in Bhutan too...kids dressing up like some Korean pop stars, watching Korean movies...and Korean fashion is big!’

But then there's this head-scratcher:

Professor Jung-Bong Choi of NYU’s Tisch School of the Arts, summed it up best for me when he suggested that essentially Korean cultural exports are a borderless alternative to US their US counterparts.

‘I define hallyu not as a Korean phenomenon…the ownership of hallyu is not to Korea. It’s the public’s…who have this desire to consume some of the product that’s distinct from the US product or Hollywood product whether that’s drama or whatever—something that is consistent and congruent with their emotions. So I see the power as coming more from the…people’s desire and yearning to see their own stories, to envision their own future through the lens of Korean media and music and whatnot. It’s identity politics.’

That Korean pop culture may be seen and consumed as an alternative to American pop culture (despite the at least superficial similarities in genre, style etc.) works for me. But to label it "borderless" and "not as a Korean phenomenon" flies in the face of how the hallyu has been understood in the ROK itself (not to mention the fact that I suppose some folks in the world might "see their own stories" and "envision their own future" through the lens of American cultural products too; does that make American pop culture borderlesss too?)
Posted by Kirk at 1:57 PM No comments:

A rash of recalls from Japanese automakers of late: Nissan recalls 2.1 million cars; Honda nearly half a million; Toyota, whose recent travails have been well documented, announces another 1.5 million unit recall.

I suppose the consumer should feel gratified that such attention is being paid to auto safety. But whatever happened to the vaunted Japanese quality (or I am mistaking a few anecdotes for a trend)?
Posted by Kirk at 1:48 PM No comments:

This has nothing to do with the usual stuff on this blog.

Mickey Kaus calls for a better new slogan for Chevy than the official "Chevy Runs Deep." Some candidates:

1. Chevy: You Already Bought It!

"SURREAL LAND OF THE KIMS"

I visited Russia when it was still the Soviet Union. I went to a circus and saw an "Uncle Sam" character chase Russian children around the big top aiming a scaled-down model of a missile at them.

I've been to Cuba, and been whispered to by dissidents about the repressive regime. But if I'm simply applying the weirdness filter, then nothing I've seen anywhere I've ever been - I mean nothing - compares to what I saw in and around Kim Il Sung square last week.

"The weirdness filter": Somehow I have missed the development of this useful and objective tool of analysis.

Some interesting video footage though.
Posted by Kirk at 7:28 AM 1 comment:

KIM JONG SUK TO GO FROM CHINA TO KOREA 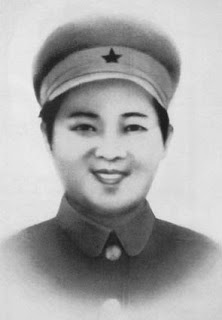 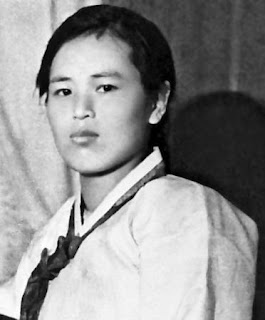 How is this possible when the mother of Kim Jong Il, the third member of the triumvirate of revolutionary generals, died in 1949? If you can't get the real thing, wax will do.
Posted by Kirk at 7:48 AM No comments: