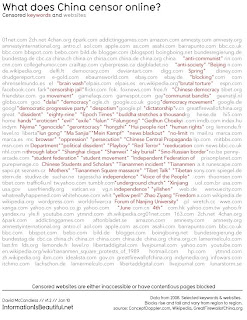 Depicted in an interesting way (thanks to the ever fascinating Strange Maps for the link).

I suppose posting this will mean that this blog will now be off limits in China?
Posted by Kirk at 2:43 PM No comments:

THE POWER OF IMAGES

The news media has recently circulated stories of posthumous awards being given to North Korean sailors who reportedly drowned while trying to save portraits of Kim Il Sung and Kim Jong Il.

This appears to be a case in which foreign media is connecting a series of dots that may or may not actually result in an accurate portrait of the DPRK. It is true that, when first reporting on the ship's sinking last year, the KCNA did note that some of the sailors bravely attempted to rescue portraits of both Kims. Here's the relevant quotation in Korean (English-language version of the story here):

And yet, when one reads of the awards being made just a few days ago (KCNA report here), there apparently is no mention of attempting to save the portraits; rather, there is more general praise for the sailors' courage and revolutionary spirit. Curiously, the English-language version of this story on the KCNA website carries roughly the same headline but the story is about an entirely different and unrelated matter.

Moreover, a search for the term "portrait" (초상화) reveals no mentions in the on-line DPRK media for the entire month of January.

It may be the case that the powers that be expect that the North Korean people will remember the original reference to the portraits and make the connection to the more general and vague invocation of "displayed the spirit of defending the headquarters of the revolution, the heroic self-sacrificing spirit and the revolutionary comradeship"(혁명의 수뇌부옹위와 영웅적희생정신, 혁명적동지애의 미풍을 보여주었다). But, given the lack of explicit reference to portrait saving in the description of the awards, one wonders whether these musings of so-called analysts are justified:

Analysts say such awards drive home the sense of personal sacrifice called for by Kim's cult of personality.

"North Korea trains its people in the religion of Kim Jong Il so that they are unconditionally loyal. As part of their policies, people are required to show blind, absolute loyalty," said Cheong Seong-chang, a senior fellow at the Inter- Korean Relations Studies Program at the Sejong Institute near Seoul.

Portraits of Kim and his father, known as the nation's "eternal president," hang in most North Korean homes and public places.

"North Korea has always offered a commendation to citizens who saved portraits of Kim Il Sung and Kim Jong Il when their house was on fire," Cheong said. "People know that even images of their leaders are more precious than their own lives." 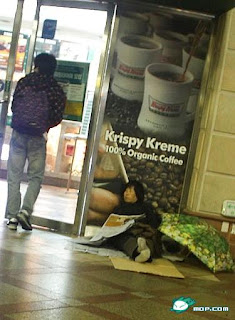 at least according to one poll (link from the Marmot's Hole). But see here for how one Chinese netizen disagreed (with photos). One example of the ostensibly horrible phenomenon of homelessness in Seoul is below:

I have found that the more I travel to Seoul, and especially the more I poke around in heretofore (for me) unexplored corners of the place, the more I like it.
Posted by Kirk at 3:26 PM No comments:

IS GOOGLE UNDER ATTACK?

Every time I try to access the Google home page, it appears but only after an interminable and sluggish delay.

I've sometimes made fun of the grandiose "Hub of Asia" rhetoric that the ROK government has used over the last decade or so. Still, I have to hand it to the ROK and the Inch’ôn (Incheon) International Airport. According to this report,

Of course this has more to do with Japan's domestic policies than with Korea's but still, kudos to Inch’ôn and "Huby."
Posted by Kirk at 4:45 PM No comments:

INTERESTING FACTIOID(S) OF THE DAY 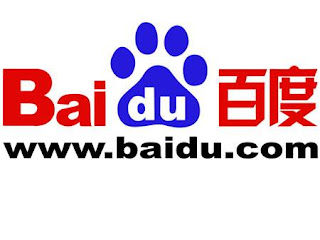 China’s net using population is estimated to be 338 million and it’s growing as the government works to push broadband to every township. The cell phone market is even bigger, with 703 million users, about 40% of whom use their phones to access the net.

It should go without saying, then, that there are more Chinese netizens than there are U.S. citizens (and twice as many cell phone users). Source here.
Posted by Kirk at 3:39 PM No comments:

South Korean and international news media are filled with stories of the latest rhetorical salvo issued by P’yôngyang. Shortly after accepting and ROK offer of food aid, the North Korean National Defense Commission issued a statement condemning ROK contingency plans for the North and promising "Holy War" (성전) on the South (see here and here for reports).

I find the use of "Holy War" terminology interesting (and rare; the English version of the KCNA has only one use of the term I can find and only when the term is supposedly used by the U.S.; a search for the Korean term finds only the recent usage). So, what's up with this? A sign of the religious overtones of North Korean nationalism? Something else?
Posted by Kirk at 12:35 PM No comments:

BE CAREFUL OUT THERE!

My drive to work this morning was slowed by flashing lights and traffic cones. As I approached the accident scene I looked with morbid fascination to see the extent of the damage. The car didn't look in too bad of shape but the bicycle that was probably 80-100 feet away was crumpled quite badly. I can only speculate about and hope and pray for the health of the cyclist.

It is a crazy world out there. Please be careful!
Posted by Kirk at 7:48 AM No comments:

LA Times reporter Barbara Demick's new book gets a nice review from her own newspaper. I haven't read the book yet (it is on my ever growing list of "must reads") but it sounds like gripping reading. A snippet from the review:

A doctor named Kim Ji-eun, another of Demick's primary sources, dealt with famine victims firsthand and provided testimony eerily paralleling Mi-ran's: As a 28-year-old pediatrician at a small district hospital, Kim noticed severe wasting (in which the body eats its own muscle tissue) among many of the children. "They would look at me with accusing eyes. Even four-year-olds knew they were dying and that I wasn't doing anything to help them," Kim told Demick. "All I was capable of doing was to cry with their mothers over the bodies afterward." Her hospital became so strapped that it remained unheated, bandages were fashioned from cut-up bedding, and beer bottles substituted for IV pouches.

I wish I knew the best way (or any way) to alleviate the suffering of the North Korean people, particularly those who are unlucky enough to have a bad sôngbun.
Posted by Kirk at 11:54 AM No comments:

if one subscribes to the typical stereotypes many outsiders have of North Korea. In a place where (according to said stereotypes) the leaders are regarded as perfect deities who never admit to error, where material prosperity is regarded as a capitalist vice, and a place where reform and talk of reform is verboten, what to make of this: a report in North Korea's Rodong sinmun in which the Supreme Leader laments his country's failure to achieve his father's goal of a society in which all citizens have rice and meat soup to eat, silk to wear, and a tile-roofed house to live in. Here's the key Korean phrase:

Is this a Deng Xiaoping, "To get rich is glorious" moment? At minimum, it appears we need to reconsider our stereotypes.
Posted by Kirk at 3:35 PM No comments:

WHAT'S IN A NAME?

The DPRK has recently designated "Rason" as a special city. Not familiar with the name "Rason," I had to read a bit of the article to discover that it is simply an abbreviated mix of Rajin and Sônbong, the site of a long-lasting but not terribly successful FTZ. Sounds a bit like old wine in new bottles. 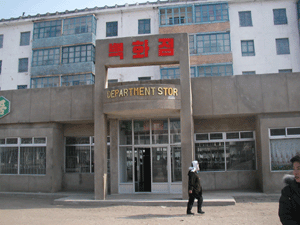